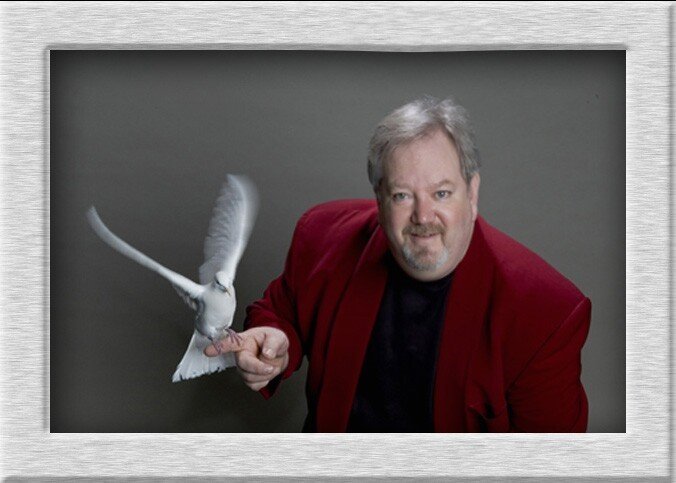 In 1963 Steve started magic at the age of 13 when his father bought him a magic set. After mastering all of the tricks in the set, Steve started to take out magic books from the school and public libraries. When he was about 14 he discovered a magic shop in Hempstead, New York called the Fun and Gift shop. He would buy magic tricks and books every chance he got. Steve started to perform free shows at charity events to gain experience. He got his first "professional" gig at the age of 15 for a grand fee of $5.00. By the time he was 16 Steve was working part time at the Fun and Gift shop as well as performing at birthday parties and Bar Mitzvahs. Steve's grandfather and brother used to drive him to jobs until he got his license.

Fast forward to the 1970's. Steve worked in some of the Long Island magic shops before opening his own, the Hocus Pocus Place in 1974.Besides running the magic shop, Steve continued to perform part time at parties. Steve was also opening act for such musical performers as the Brooklyn Bridge, Gary US Bonds, The Platters and Bobby Rydell. Steve was selected to be the magic consultant for the hit Broadway musical "the Wiz" as well as magic consultant for the Long Island Railroad magic safety program, where he designed the props and created the show.

In 1977 after closing his magic shop Steve decided to pursue performing full time. He started performing on cruise ships and colleges around the country. Steve performed as the wizard Merlin at many medieval and renaissance festivals.

In the 1980's Steve continued his performing at colleges as well as doing overseas jobs in Hong Kong, Guantanamo Bay, Cuba [for the US Navy], the Caribbean and other locations.It was in the 1980's Steve started his new business, Zenith Party Productions, a company that specializes in wholesale entertainment to event planners, DJ companies and Music companies. With his best friend Mario Gonzalez Steve also produced 6 magic conventions held in upstate New York. The conventions were held over a 3 day weekend and boasted magical and variety performers from across the country.

Move ahead to the 1990's Steve performed for Muhammed Ali, Harry Connick Jr. and Robin Williams during the shooting of his movie "Cadillac Man". Steve was a featured performer in a year long exhibition at the Whitney Museum in New York City.

In the late 1990's until 2002, Steve along with his wife Carol and partner John Harrison produced Magic On Manhattan, the largest 1 day magic convention in New York City. Bringing acts from all over the world, it was one of the finest one day magic conventions found anywhere. When the Harry Potter books and movies became widely popular Steve made an easy transition from performing as Merlin to portraying Dumbledore.

Now in his 5th decade of performing magic and even though he does not travel too far, Steve shows no signs of slowing down as he performs more than 200 shows a year mostly in the New York tri state area.